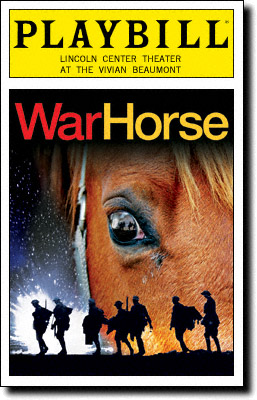 Adapted for theater by Nick Stafford, the stage play version of War Horse is based on the book of the same name by acclaimed children's writer Michael Morpurgo. The author's initial action upon hearing of plans to adapt his best-selling 1982 novel as a stage play was "they must be mad," but he was quickly proven wrong by the play's instant success. The West End and Broadway productions of War Horse are directed by Marianne Elliott and Tom Morris, with horse puppet choreography by Toby Sedgwick. They are hosting it at the Birmingham Hippodrome and other therates.

A United States national touring production of War Horse is scheduled to begin in Los Angeles, California, at the Ahmanson Theatre on June 13, 2012.

Retrieved from "https://warhorse.fandom.com/wiki/War_Horse_(play)?oldid=4921"
Community content is available under CC-BY-SA unless otherwise noted.